A few months into 2021, and the UK chairman of KPMG Bill Michael has taken a commanding lead in a management award you’d never want to win: Most Self-Harming Presentation Of The Year. In an online meeting for 500 staff, he told consultants to “stop moaning” about the impact of the pandemic lockdown and to stop “playing the victim card”.

During this grueling pandemic, empathy has become a vital skill for team managers. Michael’s ill-advised speech made it clear he wasn’t interested in how people were feeling. Not a great message in a professional services firm where staff engagement is vital. He quit shortly afterward, saying the scandal over his comments had made his position at the accounting giant “untenable”.

As we move into the post-pandemic era, empathy – the ability to feel or imagine another person’s emotional experience – will become even more important. Its value is appreciating because of two intertwined Covid-related trends. Firstly, even when lockdown comes to an end, teams will still operate remotely. The percentage of workers permanently working from home is expected to double in 2021 from its pre-Coronavirus level. Connecting to people via video requires superior observational and listening skills, as well as a deeper understanding of the emotional temperature in the group. In a word: empathy.

At the same time, diversity became a more prominent organizational issue. Younger employees are driving change. Gen Z workers are significantly more likely to consider diversity as an important factor in considering a new job. Lauren Romansky, Managing Vice President of the Gartner Human Resource practice said: “…with Gen Z, the intention is not enough: they want to see results, and they want to see action to back it up.”

A Business Or Ethical Priority?

Meanwhile, a battle rages over how to frame the argument for diversity. On one side, The Wall Street Journal, McKinsey & Co and The World Economic Forum (dubbed the “Inclusion Industrial Complex”) argue organizations make more money when they hire a more diverse workforce.

On the other side, in a recent Harvard Business Review article, two business school academics contend a focus on commercial gain sends a toxic message to underrepresented employees. It conveys that minorities are only worth hiring because having “their kind” in the mix increases profitability. Frazzled managers are caught in the middle, unsure if they’re are being judged on the bottom-line, or as culture change pioneers.

In reality, neither business nor moral arguments alone will be sufficient. Executive boards set diversity targets. But it’s desk-level managers that decides if those targets are achieved. To change behavior you need to trigger emotions. In this case, middle managers need to empathize with people who are different from themselves.

Step One: Acknowledge We’re All Biased

Later in that fateful virtual meeting, Bill Michael describes the concept of unconscious bias as being “complete and utter crap for years”. He added: “There is no such thing as unconscious bias, I don’t buy it. Because after every single unconscious bias training that has ever been done, nothing’s ever improved.”

Unconscious Bias training helps people to understand their brains use a variety of hardwired cognitive, rules of thumb to make quick decisions. Research shows we all tend to stereotype people outside ‘our group’, and jump to hasty decisions, without even realizing we’re doing it. It’s built into our human DNA through thousands of years of evolution.

There is research that shows if applied wrongly, unconscious bias training can fail to change behavior. However, in my experience of rolling out diversity programs, where we use the science underpinning unconscious bias, we found it kickstarts a vital conversation if framed in the right way.

To succeed, the discussion mustn’t end with the depressing idea that we are all irretrievably biased (even if that’s true). Participants need to understand how they can mitigate their own partiality through greater self-awareness. And, crucially, to feel how this human tendency impacts others. This means empathizing with women and other minorities that have their careers blighted by faulty unconscious decisions.

It’s helpful to realize empathy is not a fixed trait but can be consciously developed. According to neuroscience, 98% of people can step into the shoes of others and understand their feelings and perspectives. The most powerful way to develop empathy sounds simple: simply talk to people from different backgrounds.

The power of talking is also demonstrated by the incredible life story of the black American pianist Daryl Davis. After a racist incident in his childhood, in which he was attacked by bigots, Davis became fascinated by a question: “How can you hate me when you don’t even know me?”

This led him to a courageous decision: to arrange a meeting with Robert Kelly, an Imperial Wizard (national leader) of the Ku Klux Klan (KKK). Over years, their unlikely relationship blossomed. Kelly dropped his guard and shared everything with Davis, including the racial stereotypes that help form the foundation of the Klan’s hatred. Davis simply listened and asked questions. His open attitude had a huge impact. So much so, Kelly quit the Klan, shut down his entire chapter, and, as a trophy of sorts, gave his KKK robe to Davis.

Over the years, Davis convinced hundreds of white supremacists to deradicalize and give up their KKK membership. Davis said: “I am a musician, not a psychologist or sociologist. If I can do that, anybody can do that. Take the time to sit down and talk with your adversaries. You’ll learn something; they’ll learn something…keep the conversation going.”

Business managers don’t need to bridge such a massive divide. But Davis’ approach is still relevant. For example, one way for managers to develop empathy is to complete at least one 15-minute conversation each day in which their sole purpose is to understand the other person, not to solve their problem or give advice. The idea is to listen beyond what you hear, tuning into the whole picture including body language, tone of voice, and emotional cues.

Research shows women and other minorities prefer working environments with high levels of trust and psychological safety. They like empathetic leaders who appreciate and understand them for who they are – and employee policies that allow them to compete on a level playing field. These are pretty much the same cultural components that make all humans beings flourish. Not surprising then, in a recent survey of 150 CEOs, over 80% recognized empathy as a key skill for our era.

Empathy seems to define the beginning of 2021. It’s perhaps no coincidence that we’ve witnessed President Joe Biden run, and then begin to govern, as almost a byword for empathy. He defeated Donald Trump, arguably the least empathetic President in modern times.

Empathy is a bridge that connects “Them” to “Us”. You can travel across it in both directions. It helps managers to connect with team members from diverse backgrounds. When leaders use it they change the culture. This means minorities are more likely to flourish – and become a leader themselves.

This blog originally appeared in my regular Forbes column.

To explore my work further, check out my latest book The Human Edge: How curiosity and creativity are your superpowers in the digital economy (Pearson) which won the Business Book of The Year 2020. 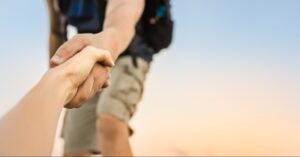 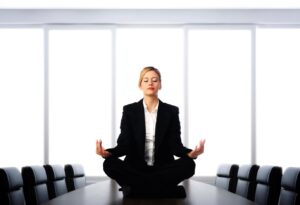