How To Discover The Vaccine For The Fake News “Infodemic”

Home // How To Discover The Vaccine For The Fake News “Infodemic”

The rioters who invaded the home of American democracy in January were the living, breathing embodiment of fake news. During this pandemic, digitally-enabled lies have infected America – and the rest of the world too. As the vaccine jabs are made available across the globe, we now know how to protect our bodies from this terrible disease. After the shocking scenes in Washington DC, we urgently need to immunize our brains against the fake news it helps to breed.

The pandemic has accelerated our love affair with digital devices. More than half of the world now uses social media, and we spend a greater proportion of our day’s scrolling. The benefits of tech-enabled human connectivity have come with a hefty price tag: a tsunami of fake news. Phoney, internet-enabled stories fall into two categories: misinformation – shared by misguided individuals – and disinformation – shared with the intention to deliberately mislead. Both have bloomed like mold in the humid atmosphere of fear and uncertainty. The head of the World Health Organisation has dubbed it an “infodemic”.

Celebrities have played an outsized role in the growth of bogus Covid-19 information. The Reuters Institute reveals, while famous people made just 20% of the false claims, their posts accounted for 69% of social media engagement. As the most powerful and famous man on the planet, President Trump has been an enthusiastic super-spreader of fabrications. His unsubstantiated allegations of electoral fraud incited his followers to literally scale the walls of Congress. Fake news clambered into real life to subvert the democracy it purported to defend.

The mob which appeared on the streets emerged from a rabbit hole of fake news. They inhabit a personally-curated reality unrecognisable to most. The conspiracy theories are too numerous to list in full, but are founded on the unshakeable belief that the entire American electoral system has been rigged and President Trump won a landslide victory. There are many bizarre strands to this sprawling cult. One of the most the unhinged is the conviction that Trump is also waging a secret war against a Satanic, child-molesting cabal of top Democrats (the QAnon conspiracy theory).

Like toxic parents, the pandemic and the US President, have both nurtured falsehood. In their shadow, fake news grew from a gangling adolescent into a threatening young adult. The ripples spread worldwide. Anyone using social media occasionally inhales second-hand fumes from this diseased data factory: the previously-beloved, elderly relative earnestly advising us on crackpot cures; the radicalized ex-schoolfriend peddling misogynistic and racist bile in the form of “funny” memes; the once-trusted work colleague who imagines he is educating us with his tribal political spin on the day’s events.

Yesterday’s historic attack confirmed that fake news has become the responsibility of everyone who contributes to public debate. This means in 2021, anyone who wants to lead and influence others – be it in a WhatsApp friendship group, a family, a community, a business, or in politics – needs to develop a solid defense against this contaminated cottage industry of untruths, and be able to diffuse its corrosive effect on others.

We are all inherently, ill-adapted to cope with fake news. Our brains are a product of millions of years of evolution in small, hunter-gatherer groups. Back then, we learned to be highly-attuned to dramatic news, skeptical of novel ideas that might endanger us – and distrustful of strangers. The result: all modern human brains are programmed with the same prehistoric cognitive biases.

These survival instincts are unconscious and automatic; handy mental shortcuts to help us make fast decisions when required. They kept our ancestors alive. It’s because your forebears were quickest to react when the shadow of a saber-tooth tiger fell across the cave entrance that you’re here at all. The paradox: these primitive reflexes can lead to devastatingly poor decisions. They also impel us to click on the negative drama of fake news like a toddler grabs sugary treats. Psychologists have now identified around 100 human biases. Consider the following two as foundational “mega-instincts”. If you can better manage these, it will offer at least partial protection against the fake news virus.

Bias Blind Spot is the feeling that you are less biased than the average person. Hans Rosling, the author of the 2018 book Factfulness, spent a career asking thousands of smart people simple questions about how the world worked. He quizzed eminent scientists, investment bankers, and executives in multinational companies. He asked them about publicly-available information on issues such as gender equality, global warming, and population growth. Rosling reports: “Every group of people I ask thinks the world is more frightening, more violent, and more hopeless—in short, more dramatic—than it really is.”

So, if you suffer from this bias, don’t worry. We all do. In Rosling’s multiple-choice questions, even the smartest experts fared worse than chimpanzees randomly selecting the answer.  The best way to thwart this bias is to develop more humility. John Maynard Keynes once quipped: “When the facts change, I change my mind.” Like the great economist, being more humble means you need to:

Embrace your bias: admit the reality our hardwired human instincts make it tricky to get the facts right

Accept your limits: whatever the depth of your expertise in one area, it will not help in another. This allows you to be happy to say: “I don’t know”

Counterintuitively, humility eases the nagging anxiety of our hyper-connected modern life, especially if you’re in a leadership position. It stops you from feeling pressured to have a fixed view on everything – and having to continually defend your views to others.

Confirmation Bias is the human tendency to search for information that confirms our existing views and preconceptions. Fake news is a perfectly-designed arrow to pierce this Achilles Heel. The AI-enabled algorithms that power social media serves you content based on your past behavior, and the behavior of millions of others with similar preferences. This means the information that comes your way has been edited. Your previous clicks created a unique echo chamber just for you. This is highly pleasurable. How often in life do you get exactly what you want? In the acclaimed 2020 Netflix documentary, The Social Dilemma, the former Google strategist James Williams calls this: “…the largest, most standardized and most centralized form of attentional control in human history”.

To demolish your echo chamber, develop greater curiosity. In part, this requires you to switch on your capacity for critical thinking. Here are two ways to get started:

Explore the contradictory view: We naturally gather evidence to support our existing beliefs. Remember to do the opposite too. Ask: “How might I collect data and examples that would disprove this idea?”

Check your sources: When you find something interesting, always ask: “Is this from a credible person or organization? Is there a way to cross-check it with another dependable source?”

For many years, the two pioneers in the cognitive bias field, Daniel Kahneman and Amos Tversky, argued our human instincts are permanent and immovable. That is, no amount of training can eliminate them. Other psychologists have since disagreed, arguing a better awareness of where we go wrong will lead to better decisions. It’s likely fake news will continue to mutate, resulting in even more persuasive celebrity super-spreaders. It’s the responsibility of ethical leaders in all walks of life to guide themselves and others through this confusing hall of mirrors.

Our biases might be difficult to shift, but anyone can use self-awareness to create their own vaccine with a little more humility and curiosity. The 17th-century satirist Jonathan Swift, wrote: “falsehood flies, and the truth comes limping after it”. Lies are now on digital steroids. In 2021, being able to communicate what’s actually happening, based on a fact-based world view, has never been more important. The angry, misinformed mob in the US capital was an assault on reality itself. It’s time to reclaim the truth.

This blog originally appeared in my regular Forbes column.

Please feel free to share with your connections on social media and elsewhere.

To explore my work further, check out my latest book The Human Edge: How curiosity and creativity are your superpowers in the digital economy (Pearson) which won the Business Book of The Year 2020. 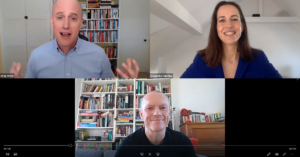 45-minute webinar – How can you stay productive when your entire life is turned upside down? And how can you help your teams to get through this challenging time? 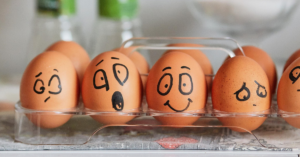 45-minute webinar – How do you use humor as a leader to boost team well-being, creativity, and trust? 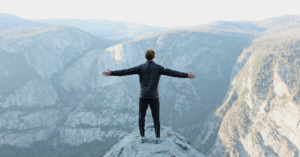 45-minute webinar – How can you unleash your human superpowers of consciousness, curiosity, creativity and collaboration?